Here's a couple portrait sketches from the end of last week. All oil on canvas. It's fun to have friends that play "dress up." 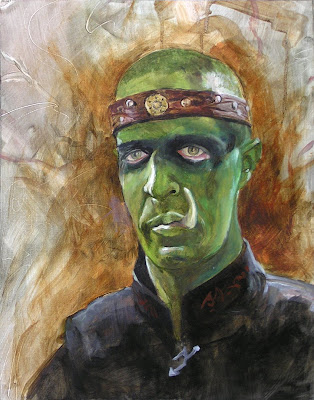 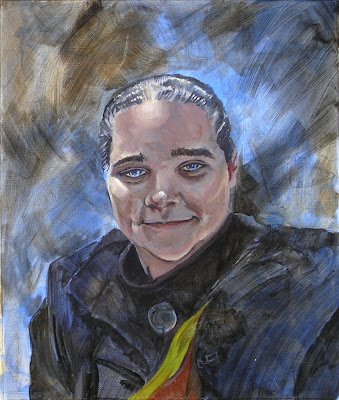 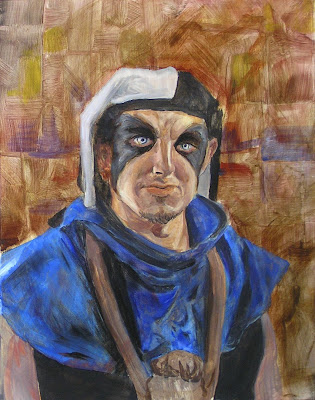 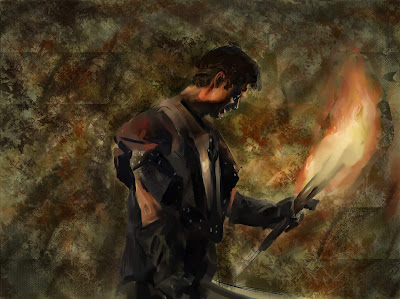 Quick little digital study in Painter, trying to level-up my digital skills. Roughly one hour, from ref.
Posted by Ben Foster at 11:20 AM No comments: 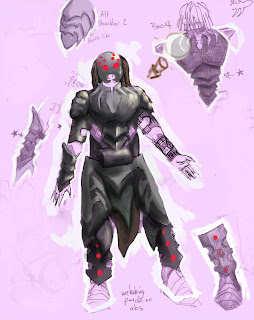 Once upon a time I considered LARPing (Live Action Role-playing) among my hobbies. I embraced the uber-geekiness of combining my love of fantasy with social interaction, creativity in costume and weapon creation, spending a weekend in the woods, athleticism in combat and lots of my old acting skills in the form of improv. Dressing up like an elf for a weekend may seem to be the super-nerd activity, but I actually found it much less so than table top RPGs and MMORPGs like WoW or Everquest.

I've been out of the game for a few years, but I still retain a lot of the friendships I made there, and occasionally I get fun little side commissions like the one at left from those old friends. This was a request for armor design themed around a spider. Pretty rough painter sketch, but the leather-worker that will be doing the final build was pretty happy with the design. Hopefully I get some good pictures of the final product. Should be fun.
Posted by Ben Foster at 1:29 PM 1 comment: